Let’s say you are an actor or an actress and are planning on moving to Los Angeles to pursue your lifelong dream of acting in Hollywood production movies. But… you are lacking some musts, most importantly you don’t have any connections here except a couple of friends that you can crash at their couches. However, not for too long, besides that would be a miserable life. Can you imagine that rough back pain? Unfortunately, you are also lacking another essential, which is the money you need to rent your own place in the city of angels. However, this does not stop you from starting your adventure and we really appreciate that. Although hearing these might be very overwhelming. Keep in mind that there is always a way out, especially when you know what you are getting yourself into and the important tools that might help you throughout this process.

Getting Your Food In The Door

First things first. Before coming to LA, make your research and try to get a feel of the acting scene. Talk to people who live here, network both online and in events to get a grasp of what it means to be an actor or actress in Los Angeles. It is not easy to start a blank page in your life journey, however once you become a local and get used to the life here you will not want to stop filling this page with all your experiences in La La Land.

Jim Carrey’s remarkable movie Yes Man is iconic with its essential message behind it that we should all learn from, especially if you are involved with entertainment business. In this movie, Jim Carrey gives life to the character of Carl, who is a bank loan executive. As a part of his job duties, he has to say “no” to many people and lives a miserable life. However, the tables turn when he starts saying “yes” to everything, evaluating his opportunities and growing through his learning experiences. Even though Jim Carrey acts out a yes man, he also knows how to evaluate his opportunities in real life too. As the business insider article 10 Celebrities Who Came from Nothingexplains, he had a rough start in life. He had to work for many jobs and accepted all the jobs he could work for to be able to help out his family in Canada. He is the perfect fit for the example of a person Richard Branson, a multi-dollar billionaire entrepreneur, describes with his famous saying, “If somebody offers you an amazing opportunity but you are not sure you can do it, say yes — then learn how to do it later!” If Jim Carrey did not work for all those jobs by taking the opportunities and kept on working for his dream of becoming an actor, maybe we would have never known of him.

Climbing Your Way Up

No one has climbed Mount Everest in a day. Even though the climb itself might not seem long for the professional mountain climbers, one must take into account the time required for them to prepare their bodies for the climb by doing certain exercises every day. The mountain climbers should go through certain medical checkups as well as prepare themselves mentally for their journey ahead of them.

Mountain climbers divide the process of climbing Mount Everest into three distinct parts: the period before the climb, during the climb and after the climb. Now when you think about the mountain climber’s adventure, you will realize that her adventurous journey is not that different from yours. Just like the mountain climber who begins her preparations by working out in the gym and going on a special diet for the big climb. You should divide the journey ahead of you into parts and concentrate on these parts one at a time. The first part can be rehearsing for possible roles you might audition for before coming to LA. Always have a couple of monologues that you know like the back of your hand since you never know when you are going to have an audition: it can be a couple of hours after you land after encountering a film producer in a cafe or it can be after 6 months you start living in Los Angeles.

During the climb, the trail might be blocked or the climber might have to take different routes to reach the top of the mountain depending on the conditions. Sometimes the supporting rope can snap and the mountain climber might lose her hopes of reaching the peak. Similarly, you will also encounter moments where you are going to be experiencing despair and questioning your career path as an actor or actress. That should be the moment of illumination both for the actors and the mountain climbers to take initiative and continue taking the required steps to reach the top, even if it means to go against the status quo by taking a different path.

Perseverance Is The Master Key To All Doors

Once you are in Los Angeles. Start practicing being the yes man or woman just like Jim Carrey. Attend all the auditions and workshops you possibly can, go to film festivals, network with directors and producers. Most importantly, sign up to become a background actor. This can be a very good starting point as pointed out in the article 9 Successful Stars Who Started Off As Extras. Brad Pitt started off his career as being an extra in 1987 with the movie “Less Than Zero,”similarly George Clooney began his career as a background actor in 1978 with the movie “Centennial.” Other examples include Matt Damon and Ben Affleck, who were the executive producers of #JOSH, a project we recently worked on. They were both in the movie “Field of Dreams” as Background Actors. These examples show how even the ones who currently appear to be connoisseurs of their jobs took the necessary steps when they were beginners and newcomers to Los Angeles, the capital of the entertainment business.

Whenever you feel lost in the entertainment world, keep in mind that your acting career is not a 100 meter sprint; it is a marathon. You might take the wrong path at the beginning but you will surely take the necessary steps to reach the end line.

Become A Part Of A Community

Leaving home and moving to a new place can both be a curse and a blessing. It is a blessing in the sense that you get the chance to get out of your comfort zone. It is a curse in the sense that it makes you homesick and feel as if you are lost. That is why as soon as you come to LA, make sure to join clubs or organizations to feel like a part of a community. Joining a new community who surrounds you with common interests and hobbies can create a strong support system. Benson Simmonds, who is an actor and a performing coach, highlights that one of the biggest mistakes actors who move to LA make is not joining a community. He stresses how much joining a variety of communities in Los Angeles facilitated his transition to the life in LA in his article Part I: The Top 7 Mistakes Actors Make When Moving to LA: “I recommend taking one hour a week to do some volunteer work to give you a sense of purpose and contribution.”

Castifi, A Community That Embraces All Talent

Right at this moment, you are probably curious about who we are and why we are talking with all these words of wisdom. Well, let us first introduce ourselves to you! We are (*insert drumroll)…Castifi, your long lost fairy godmother and we have major keys of success to share with you.

After hearing many sad stories of actors getting ripped of, treated unfairly, and not getting paid, you don’t have to go through those nightmares. Our app ensures that it smooths the process of casting both for background actors and the producers. By using Castifi, our actors no longer have to check casting sites as they receive jobs that match their profiles. Additionally, our actors say goodbye to the delayed payments by getting paid in 5 business days allowing them to get their money quickly.

At Castifi, we’re champions for the actors. Our service is free for them! We strive to create a welcoming community here at Castifi, so why not start your LA journey by joining our community?

How To Become A Part Of Our Castifi Community

Becoming a part of the Castifi family will only take you a minute and will open doors to acting opportunities! You just have to grab your phone, go on the app store and download our app. The rest is a piece of cake! Once you create a profile and enter your information such as your email address, phone number, and headshot, Castifi Casting Directors will reach out when your profile matches with a role!With our mobile app, say goodbye to late night text messages and say hello to a digital call sheet that is always up to date. You will be updated whenever there are new projects going on so that you can be casted and be paid through our app. We are here for you, and for those who want enter the entertainment business.

As the Castifi community, we value hard work and effort. As our actor base grows, we promote our best and most reliable people. Through our internal rating system, we promote actors who show up on time, have a good attitude, and do great work!

The Final Step Of Your Journey

It is time to get yourself out there and start climbing mountains. Brad Pitt, George Clooney, Matt Damon, Ben Affleck, Marilyn Monroe, Jean Harlow (the list goes on but you get the idea), were once amateur mountain climbers who prepared for the arduous climb and were brave enough to discover new paths along the way. They took the initiative and started their acting careers as extras. They took the risk of getting lost and hurt during their journeys, but look where they are now! Through our experiences in the startup and the entertainment world, we want to emphasize how important the idea behind the motive of persistence is and that not all those who wander are lost in Hollywood, especially if they are a part of the Castifi fam… 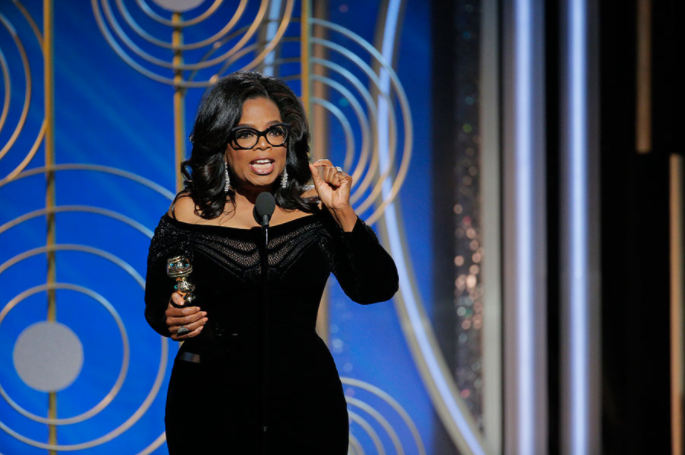 #TimesUp: How Tech Levels The Playing Field In Hollywood 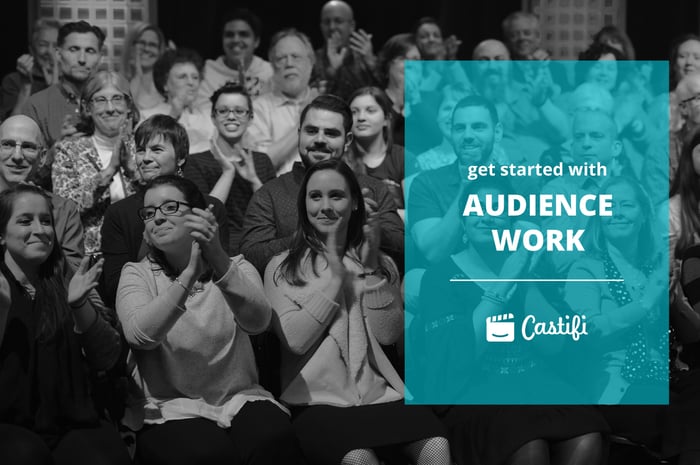 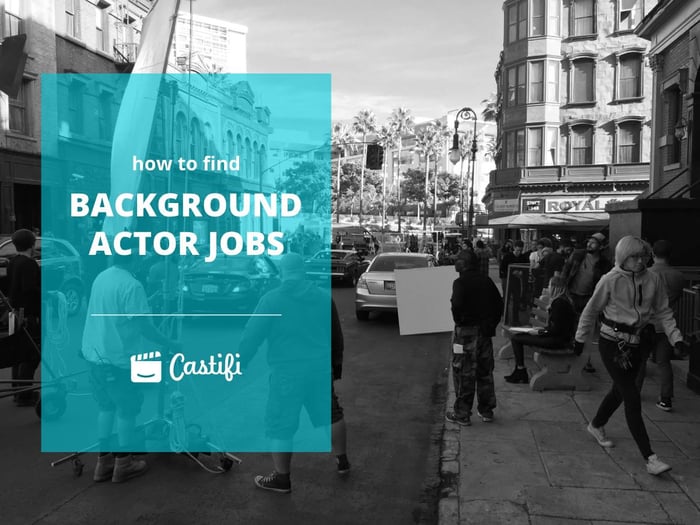